What we can take from Balance Magazine’s #Wellness100 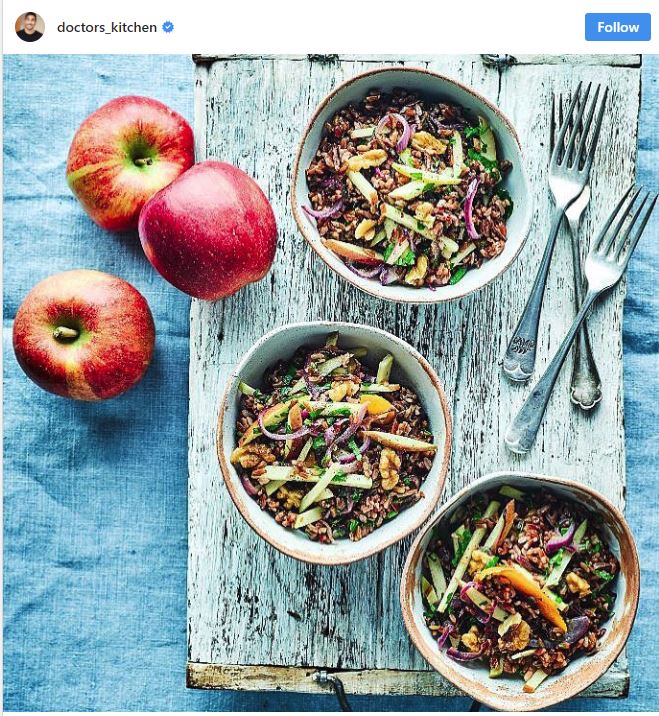 Balance Magazine has just released the #Wellness100 and if you haven’t heard what that is, you’re about to find out. The Wellness 100 is a roundup of some of the most inspiring individuals in society, each of whom have contributed towards making the world a happier, healthier and more pleasant place. Isn’t that pretty great?! Here’s what we can all take from it… Who’s on it? A mix of influencers, disruptors, entrepreneurs, icons, futurists, activists and game changers.  Among the expected global icons: Oprah, Barack Obama, Ellen Degeneres and Ru Paul, all of whom have undoubtedly inspired new ways of thinking and provoked positive change, there are a few less ‘famous’ but no less deserving names. For me, these are the true stars of the list that everyone should know about, and they include an Instagrammer turned charity campaign co-founder, a GP with a passion and belief in the healing power of food, an architect advocating the environment and a journalist telling her own story. Clerkenwell Boy – not just chosen because he’s our Clerkenwell neighbour. This anonymous foodie Instagrammer has harnessed his platform, talent and passion for cuisine to communicate a new, philanthropic message to his following – setting up #CookForSyria. Starting life as a simple supper club, where a group of foodie friends came together to celebrate Syrian cuisine, the campaign has developed as a fundraiser to help Unicef protect Syrian children. The initiative has won the support of top chefs from around the world. A bestselling cookbook, and global events later, #CookForSYRIA has become a powerful movement born out of Clerkenwell Boy’s passion for food, a solid following and a dedicated idea. Dr Rupy Aujla – the GP behind the successful ‘The Doctor’s Kitchen’.  With the firm belief that the power of food and lifestyle change can be like a medicine, Dr Rupy uses his influence to communicate the health benefits of eating well – with clinically proven research to back up the claims along the way. We recently teamed up with Dr Rupy on a great campaign for our client, Great British Apples – #GoodnessToGo. With coverage placed in top titles like Hello! Magazine, Fit & Well, Coach Magazine as well as exposure across social media, we’ve been able to share The Doctor’s Kitchen story whilst cultivating our campaign messaging. Emily Penn – from studying Architecture to becoming an ‘oceans advocate’ on a mission against plastic. Emily highlights the devastating environmental impact the residue has, with the goal to inspire change. Her next mission? Emily and a team are setting off for a five-week trip across the North Pacific Gyre to explore the link between micro-plastics and health – both human and environmental. I’m sure we’ll be hearing more on this as it develops; as the backlash against plastic booms, it will be interesting to see how brands and industry react. Given the topical nature of this crusade, I’m excited to be part of the R&T team working on the new Beyond the Box campaign – promoting the benefits of corrugated cardboard on behalf of our client CPI. Poorna Bell – former UK Executive Editor and Global Lifestyle Head of HuffPost, Poorna is the kind of journalist that everyone wants to feature their story. In my opinion, the most impactful story I’ve read from Poorna came in the form of a very personal one she shares about the loss of her husband. The story opens up conversation about a serious topic – heroin addiction, highlighting the shocking reality of a functioning addict. It’s been featured across the BBC, The Times and The Telegraph, but for me, one of the most poignant features was an article Poorna wrote for the April issue of Cosmopolitan. I thought it was incredibly real of the publication to share this story with their audience – I certainly wasn’t expecting to come across such an article when I was flicking through the glossy pages, but it opened my mind massively. Well worth a read, these articles fully challenge your perceptions so it’s a credit that Poorna’s candid nature and ability to talk openly has been acknowledged within the Wellness 100 list. So, that’s four people down, only 96 to go. Check out the full list here, see if there’s any unfamiliar names and learn all about their world.