Plant-based revolution? Here’s how we helped to make that happen 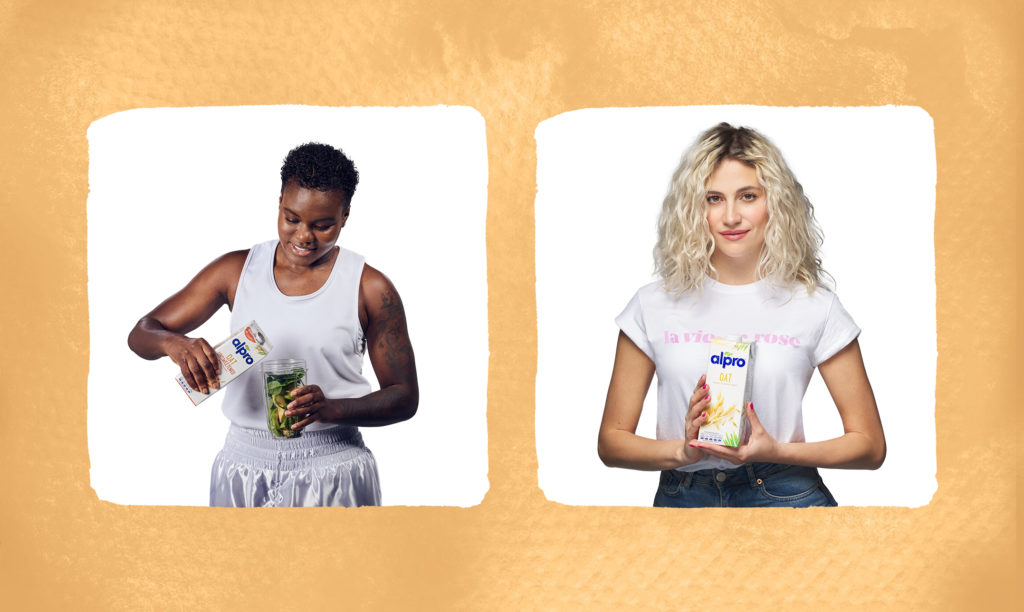 I was recently delighted to find myself awarded one of The Grocer’s 2021 Next Gen Awards, listed alongside some hugely talented faces in the world of FMCG as one of the ‘next generation of grocery leaders’.

I was given this honour for, as The Grocer put it, “helping to coin the phrase plant-based”, in particular through the work I have done across consumer, trade and digital channels for Alpro, the UK’s best-selling plant-based brand.

Now, while this is a horn I fully plan to toot for a fair while to come, it has to be said that the award is no doubt down to our CEO Nikki writing such a cracking entry on my behalf – which talked a lot about the work we’ve done with the incredible team at Alpro over the past 20 years to put plant-based well and truly on the map.

That’s right, plant-based hasn’t been catapulted into the mainstream overnight. Far from it in fact. It’s been a long old journey to make plant-based a ‘thing’ – and nobody knows that better than our client Alpro, and us here at R&T.

From creating ‘The Year of Wellbeing’ in 2008 – which featured 365 days of ‘healthy decisions’ to move Alpro from a ‘free from’ brand for the dairy intolerant to a more universally appealing concept of ‘wellbeing’ – to publishing the first-ever Plant-Based Factfile with The Grocer and launching the brand’s UK social media channels in 2010.

From inspiring people to dine ‘al desko’ at breakfast with our high-impact DeskFest campaign in 2012, to sunrise raving with the Cereal Killers and DJ Yoda in 2015.

From getting a lukewarm response when pitching “that soya brand” to national media, to landing coverage week after week in the likes of The Sun, Daily Mail and the Metro. And we take great pride in having helped to take Alpro from also being perceived as “that soya brand” among trade media, to being crowned The Grocer’s Brand of the Year in 2016.

We also have Alpro to thank for having the vision and courage to launch the first Plant Power Day in 2018, working closely with our superbly creative team – and for saying ‘hell yes’ when we suggested we launch the world’s first fully-edible plant-based takeaway to mark Plant Power Day 2.0 in 2019.

Now here we are in 2021, reflecting on a year that saw us unveil a cheeky plant-based parody of 2010’s iconic ‘Make Mine Milk’ campaign – sparking a huge uplift in sales of Alpro’s Oat drink range – and flying the flag for the original plant-based powerhouse, soya (with a little help from Adam Peaty and Tyrone Mings, no less), for Alpro’s ‘Plant-Based for Protein Lovers’ campaign.

And all of this comes while Alpro is celebrating year after year of double-digit growth, and pulling in 2.2 million new households each year. And we’ve been there every step of the way.

But that’s what happens when you find the right PR partner – one that invests as heavily in your business as you do, shares your passion and can grow with you for the long-term.

Over time, you reach a point where both parties intuitively know where the other is heading, what each other wants to achieve, and how you can both fulfil your true potential – and you work hand-in-hand to make it happen.

I’m lucky to have played a role in a huge success story like Alpro, and we have many more in the pipeline. It’s what we do.

So, if you’re interested in creating a bit of plant-based-style magic with R&T, you know where to come.