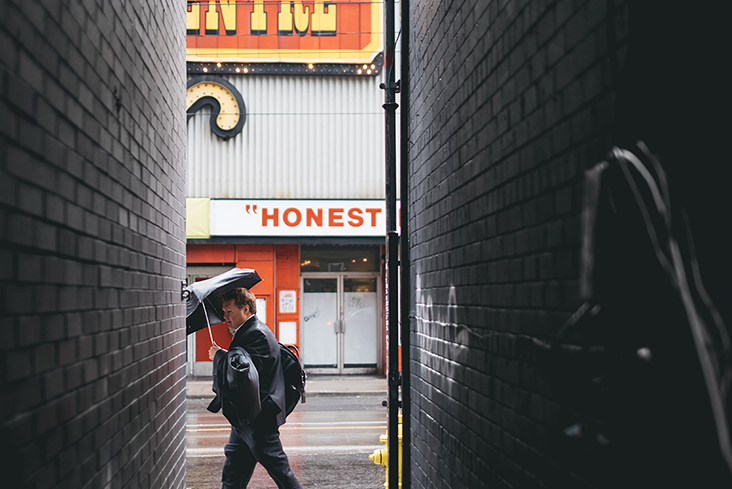 In the current climate, it’s more important than ever for brands to be transparent. Consumers are looking to brands which they know, love and, perhaps most importantly – trust, and open, honest communication is the ultimate way to deliver this.

With the emergence of platforms such as TikTok and Instagram Reels, a variety of quick-fire trends are encouraging users (including influencers and consumers alike) to be their authentic selves by exposing the ‘behind-the-scenes’ of their everyday lives – whether that’s through before and after-inspired trends, or posting bloopers. This is something which has been carried across to additional media outlets, and is undoubtedly a positive; however, with this comes a certain expectation for any brands which do choose to post content on these platforms – an expectation that brands will follow suit and will be more open than ever before.

From fashion to FMCG various brands are finding ways to make this new ‘behind-the-scenes’ exposure work for them. For example, In The Style has been working with actress, influencer and tv personality, Jacqueline Jossa, in order to showcase ‘normal bodies’. Following the launch of her swimwear range, the brand has been using Instagram to post a series of ‘edited versus unedited’ and ‘posed versus relaxed’ pictures to highlight the way in which factors such as positioning, lighting and airbrushing can drastically alter the appearance of peoples’ bodies. By doing so, alongside the slogan ‘every body is a beach body’, In The Style has successfully positioned itself as a highly attainable, relatable fashion brand which consumers can trust. But it’s not only the fashion world which is exposing itself; restaurants such as Chipotle have also begun revealing long-held secrets- including coveted, fan-favourite recipes, as well as hacks whereby shoppers can claim free food from the popular restaurant chain.

It’s vital that brands find ways to stay visible and relevant without coming off as opportunistic – and we’re helping our clients do exactly that. Instead of hopping on the back of just any trend, we’re working with our clients to create tailored content which we can be assured will resonate with their audiences. For example, we’ve recently worked with our client, Pukka, to distribute a poll across social media – asking our audience to vote for their preferred flavour of vegan pie, with the top two flavours being carefully made and baked by Pukka. By collaborating in this way, we drove significant engagement via social media, helping the brand to produce a new product which they can be confident will prove popular.

Across the board, we’re continually working to help our clients navigate this new open and honest comms landscape, ensuring that all communication is relevant, authentic and brand-appropriate. Watch this space!

Social
media has evolved, and continues to evolve – not only by presenting new
opportunities to target consumers, but in its development into an entire launch
platform. It no longer simply channels trends, but creates them, and in turn is
driving the creation of new brands and products within a range of industries –
including FMCG, luxury goods, and beauty.

Rihanna created Fenty Beauty with a clear view to disrupting and
diversifying the existing Eurocentric beauty ideal – and that’s exactly what
she did. Fenty Beauty’s first advert featured women from a large range of
ethnic backgrounds – a reflection of how Rihanna’s brand caters for all complexions.
The brand’s foundation line comprises 40 shades, ranging from extremely fair,
to extremely dark shades, in order to provide for those whose needs have been historically glossed-over by existing beauty
brands. This innovative launch by Fenty Beauty saw a huge level of social media
engagement, which in turn resulted in a domino effect; other brands, such as
Dior, were suddenly forced to expand their foundation ranges and adopt a more
inclusive brand voice.

This is
demonstrative of the power social media has to reshape various industries, as
brands are continually putting pressure on one another to modernise; whether it
be targeting gaps in the market or channelling pre-existing trends in a new and
exciting way, such as through influencers. Jeffree Star’s recent collaboration
with Shane Dawson is a prime example of this.

In a six-episode
mini-series, titled ‘The Beautiful Life of Jeffree Star’, Shane Dawson –
YouTuber – documents the full creative process, as the duo launch the Shane
Dawson x Jeffree Star Cosmetics ‘Conspiracy’ collection. The launch was a huge
success, as the range sold out in its entirety – seeing 1 million eyeshadow
palettes fly off the shelves within 30 minutes. This
collaboration shattered a sales record for Jeffree Star Cosmetics, and as a result – although
most influencer collaborations are developed as limited launches – the
‘Conspiracy’ Collection is becoming a permanent addition to the cosmetics line.

Social media has also given brands the
power to be reactive and engage in real-time marketing, enabling them to
generate a huge buzz in a matter of minutes. During the 2013 Super Bowl, Oreo
capitalised on the power outage that shut down the game by sending out their
notorious ‘Power out? No problem. You can still dunk in the dark’ tweet. Having
been retweeted over 10,000 times in just an hour, this simple tweet has been
cited by many as one of the best real-time marketing efforts to date, as it
sent out a clear message about the future of marketing. Whilst traditional
media still remains an integral part of marketing, social media has truly come
of age, and is often the primary medium of choice for brand and product
marketing. This shift accounts for the fact that brands, much like Fenty
Beauty, are able to be more disruptive, and creative, than ever before.

Social media is evidently
a powerful and effective tool, which we’ve mastered for clients across several
different industries. For example, we were briefed by Irish Distillers to
create a ‘big bang’ online to launch and sell 800 bottles of a limited-edition
whiskey, priced at €500. Tying the launch in with World Whiskey Day, we created
a digital campaign which saw the product sell-out in its entirety in just 6
hours, generating €1,000 worth of whiskey per minute and over 9 days’ worth of
fan engagement time on social media, alongside a wealth of global trade and
consumer coverage. The impact of this campaign was recognised when it was
shortlisted for the PRCA Dare Award – Best Digital & Social Campaign of the
Year, and – in like manner to the Shane Dawson x Jeffree Star collaboration –
our campaign resulted in an
exciting new revenue stream for the brand.

We’ve always got our finger on the pulse when it comes to
social media and the growth in opportunities it presents. So, whether you’re a
brand on a budget, or looking to splash the cash, if you’re looking to launch
or promote, look no further.